Fluoride therapy is the delivery of fluoride to the teeth topically or systemically, which is designed to prevent tooth decay (dental caries) which results in cavities. Most commonly, fluoride is applied topically to the teeth using gels, varnishes, toothpaste/dentifrices or mouth rinse.

Systemic delivery involves fluoride supplementation using tablets or drops which are swallowed. This type of delivery is rarely used where public water supplies are fluoridated, but is common (along with salt fluoridation) in some European countries.

Fluoride therapy is commonly practiced and generally agreed upon as being useful in the modern dental field. Fluoride combats the formation of tooth decay primarily in three ways:

Fluoride, while beneficial to adults, is more important in children whose teeth are developing. As teeth are developing within their jaw bones, enamel is being laid down. Systemic ingestion of fluoride results in a greater component of fluoroapatite in the mineral structure of the enamel.

Most dentifrices today contain 0.1% (1000 ppm) fluoride, usually in the form of sodium monofluorophosphate (MFP); 100 g of toothpaste containing 0.76 g MFP (equivalent to 0.1 g fluoride). Toothpaste containing 1,500 ppm fluoride has been reported to be slightly more efficacious in reducing dental caries in the U.S. Toothpaste may cause or exacerbate perioral dermatitis most likely caused by sodium lauryl sulfate, an ingredient in toothpaste. It is suspected that SLS is linked to a number of skin issues such as dermatitis and it is commonly used in research laboratories as the standard skin irritant with which other substances are compared.

The most common fluoride compound used in mouth rinse is sodium fluoride. Over-the-counter solutions of 0.05% sodium fluoride (225 ppm fluoride) for daily rinsing are available for use. Fluoride at this concentration is not strong enough for people at high risk for caries.

Gels and foams are used for patients who are at high risk for caries, orthodontic patients, patients undergoing head and neck radiation, patients with decreased salivary flow, and children whose permanent molars should, but cannot, be sealed.

GC Tooth Mousse, invented by Dr Eric Reynolds, Head of the School of Dental Science at Melbourne University, at the Royal Dental Hospital Melbourne is now considered an essential management solution for at risk patients. The gel or foam is applied through the use of a mouth tray, which contains the product. The tray is held in the mouth by biting. Application generally takes about four minutes, and patients should not rinse, eat, smoke, or drink for at least 30 minutes after application. Some gels are made for home application, and are used in a manner similar to toothpaste. The concentration of fluoride in these gels is much lower than professional products.

Fluoride varnish has practical advantages over gels in ease of application, a non-offensive taste, and use of smaller amounts of fluoride than required for gel applications. Varnish is intended for the same group of patients as the gels and foams. There is also no published evidence as of yet that indicates that professionally applied fluoride varnish is a risk factor for enamel fluorosis. The varnish is applied with a brush and sets within seconds. 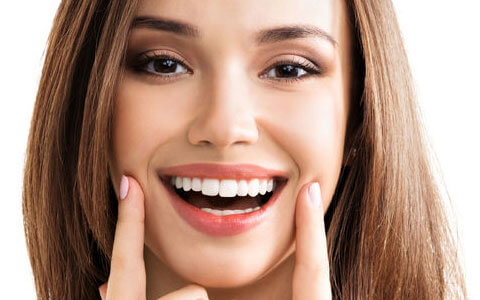 Make your dream smile a reality!

Your first consultation with us is completely free of charge and comes with no obligation. Don't have a referral from a dentist? No problem! We welcome new patients and will make you feel at home right away.